Austro Control is working with the German Aerospace Center (DLR) on a unique and innovative project at Vienna International Airport which is designed to reduce wake turbulence during approach and in turn further enhance flight safety.
Small and medium-sized aircraft currently have to maintain a safety separation of approximately 10 kilometres from larger aircraft flying ahead of them. The reason for this is wake vortices, which can have powerful and dangerous effects, particularly just before the following aircraft touches down. Austro Control and the German Aerospace Center (Deutsches Zentrum für Luft- und Raumfahrt; DLR) are now working together with other partners at Vienna International Airport to reduce the lifetime of wake vortices in the approach area and thus further increase safety.

The project involved installing so-called plate lines in the landing area, which are designed to accelerate wake turbulence decay. Depending on the aircraft type and weight, it takes some time for wake turbulence to diminish after the aircraft has passed by. The plate lines will considerably shorten this period, resulting in increased safety. Secondary vortices form on the plates, which are about nine metres long and 4.5 metres high in this test installation. This causes the wake vortices to decay much more quickly. This could also lead to smaller aircraft potentially making their approaches at shorter intervals behind larger aircraft, thereby not losing any capacity.

“This project represents a major achievement in providing test results during live traffic at a highly frequented airport. Early results are very encouraging and if these measures prove to be broadly effective, which we expect, this could result in improved safety and increased capacity at all airports”, says Christian Kern, director of air traffic management at Austro Control.

Developed within the framework of SESAR, the ‘Wake turbulence separation optimisation’ solution (PJ.02-1)* aims to demonstrate the effectiveness of the plate lines at large airports.  Flow simulations and flight tests have already provided such evidence.  “The very first evaluations of the new measurements in Vienna show that the wake vortices near the plates decay noticeably faster there as well,” says Frank Holzäpfel of the DLR Institute of Atmospheric Physics. The partners plan to work on the specification and installation of a permanent facility incorporating these plates during the next two years.

Austro Control and Vienna International Airport have supported construction of the plates. In addition, Austro Control carried out a safety assessment beforehand. It is also assisting with data analysis and will provide radar and flight plan data. The project stems from Austro Control’s long-term collaboration with DLR on the topic of wake turbulence. DLR has developed the plate lines and is conducting the wake vortex measurements on site. Further innovative meteorological instrumentation is provided by the companies Leonardo Germany GmbH und Radiometer Physics GmbH. Austro Control and its partners will test the panels’ effectiveness during live operations.

As the technological pillar of the Single European Sky (SES) to modernise Europe’s air traffic management (ATM) system, SESAR is now making significant progress in transforming the performance of Europe’s ATM network. The SESAR Joint Undertaking (SESAR JU) was established in 2007 as a public-private partnership to support this endeavour. It does so by pooling the knowledge and resources of the entire ATM community in order to define, research, develop and validate innovative technological and operational solutions. The SESAR JU is also responsible for the execution of the European ATM Master Plan, which defines the EU priorities for research and development (R&D) and implementation. Founded by the European Union and EUROCONTROL, the SESAR JU has 19 members, who together with their partners and affiliate associations represent over 100 companies working in Europe and beyond. The SESAR JU also works closely with staff associations, regulators, airport operators, airspace users, the military and the scientific community
* The SESAR Solution is one of several solutions developed within the framework of the SESAR JU ‘Increased Runway and Airport Throughput’ project (PJ.02 EARTH), which has received co-funding from the European Union's Horizon 2020 research and innovation programme under grant agreement No 731781. 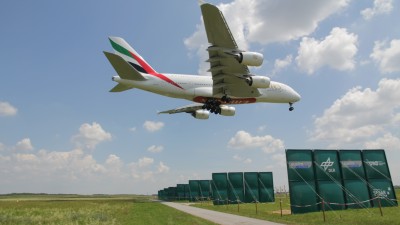 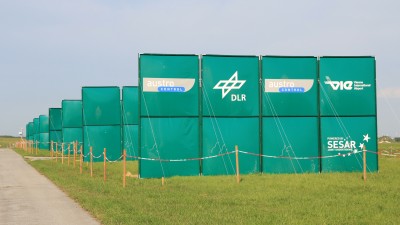